Let’s face it, Linux can pose an overwhelming complexity to new users. But then, it’s not Linux itself that brings this complexity. Rather, it’s the “newness” factor that causes this. Not getting nostalgic, but remembering my first time with Linux, I didn’t even know what to expect. I liked it. But it was an upstream swim for me initially.

Not knowing where to start can be a downer. Especially for someone who does not have the concept of something else running on their PC in place of Windows or MacOS. Linux is more than an OS. It’s an idea where everybody grows together and there’s something for everybody.

In addition to that, there are distributions that cater to the needs of newcomers especially. So here are a few such distros. Please remember that this list is no particular order. The main criteria for compiling this list is ease of installation, out of the box hardware software, ease of use and availability of software packages.

If you’ve researched Linux on the internet, it’s highly probable that you have come across Ubuntu. Ubuntu is one of the leading Linux distributions. It is also the perfect path to begin your Linux journey. Ubuntu has been tagged as Linux for human beings. Now, this is because Ubuntu has put in a lot of effort on universal usability. Ubuntu does not require you to be technically sound for you to use it. It breaks the notion of Linux=Command line hassle. This is one of the major plus points that rocketed Ubuntu to where it is today. 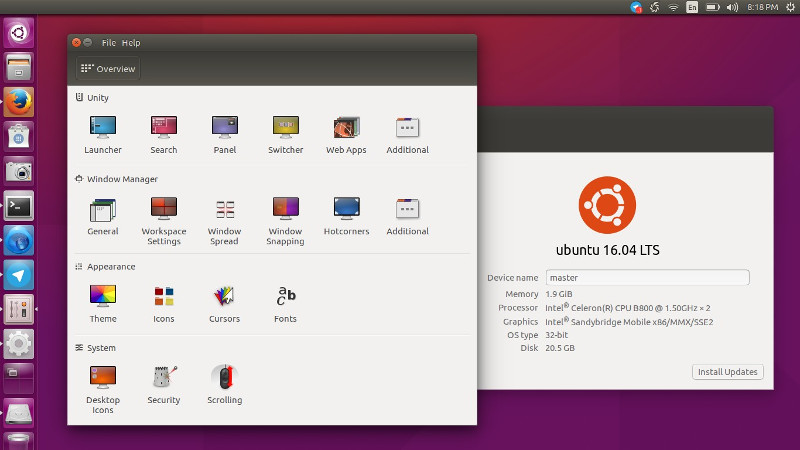 Install Ubuntu alongside the existing OS (A choice is given at every startup to select the OS to boot).

Configure partitions for users who know what they are doing.

Beginner tip: Select the second option if you are not sure about what to do.

Ubuntu’s user interface is called Unity. It is as simple as well as productive as it gets. Running and favorite apps in the dock on the right side (called the ‘Dash’) and app search on the Super (Windows) button. Is there any way you can make this simpler?

There are no driver installation issues as Ubuntu comes with a hardware detector which detects, downloads and installs optimal drivers for your PC. Also, the installation comes with all the basic software like a music player, video player, an office suite and games for some time killing.

Ubuntu has a great documentation and community support. Ubuntu forums and Ask Ubuntu provide an appreciable quality support in almost all aspects regarding Ubuntu. It’s highly probable that any question you might have will already be answered. And the answers are beginner friendly.

Linux Mint is the number one Linux distribution on Distrowatch. Well deserved throne I must say. Linux mint is one of my personal favorites. It is elegant, graceful and provides a superior computing experience (out of the box). Linux Mint features the Cinnamon desktop environment. New Linux users who are still in the process of familiarizing themselves with Linux software will find Cinnamon very useful. All the software are very accessibly grouped under categories. Although this is nothing of a mind-blowing feature, to new users who do not know the names of Linux software, this is a huge bonus. 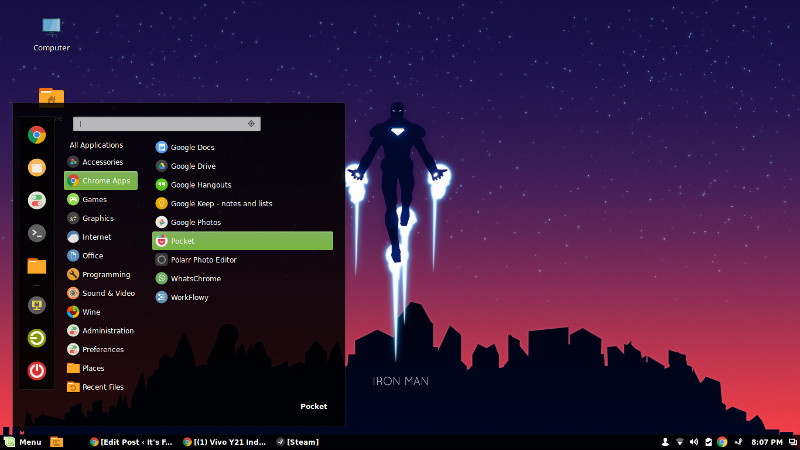 Linux Mint is fast. Runs fine on older computers. Linux Mint is built upon the rock-solid Ubuntu base. It uses the same software repository as Ubuntu. About the Ubuntu software repository, Ubuntu pushes software for general only use after extensive testing. This means users will not have to deal with unexpected crashes and glitches that some new software are prone to, which can be a real no-no for new Linux users.

A majority of computer users are Windows users. And when a Windows user gets a Linux, there’s a fair amount of ‘unlearning process’ that user must go through. A huge amount of operations have been fixed in our muscle memory. For example, the mouse reaching to the lower left corner of the screen (Start) everytime you want to launch an application. So if we could find something that eases these issues on Linux, it’s half a battle won. Enter Zorin OS. 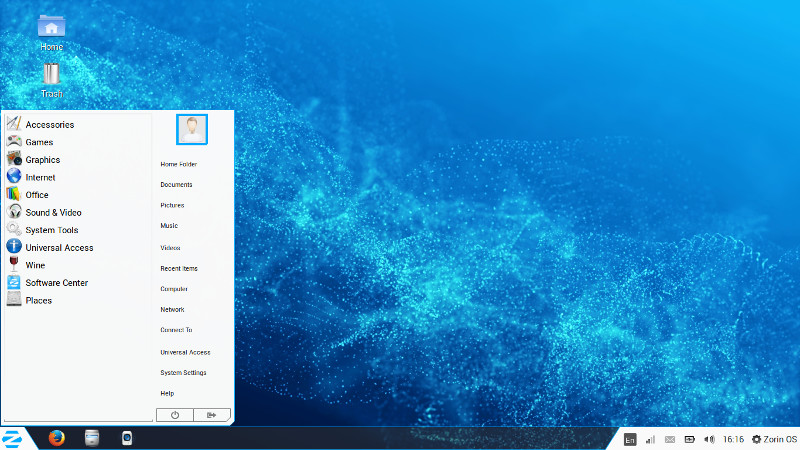 Zorin OS is an Ubuntu-based, highly polished Linux distribution, entirely made for Windows refugees. Although pretty much every Linux distro is usable by everybody, some people might tend to be reluctant when the desktop looks too alien. Zorin OS dodges past this obstacle because of its similarities with Windows appearance wise.

Package managers are something of a new concept to Linux newcomers. That’s why Zorin OS comes with a huge (I mean really huge) list of pre-installed software. Anything you need, there’s good chance it’s already installed on Zorin OS. As if that was not enough, Wine and PlayOnLinux come pre-installed so you can run your loved Windows software and games here too.

Zorin OS comes with an amazing theme engine called the ‘Zorin look changer’. It offers some heavy customization options with presets to make your OS look like Windows 7, XP, 2000 or even a Mac for that matter. You’re going to feel home.

Since we have taken a look at Linux distros for Windows users, let’s swing by something for MacOS users too. Elementary OS very quickly rose to fame and now is always included in the list of top distros, all thanks to its aesthetic essence. Inspired by MacOS looks, Elementary OS is one of the most beautiful Linux distros.

Elementary OS is another Ubuntu-based operating system which means the operating system itself is unquestionably stable. Elementary OS features the Pantheon desktop environment. You can immediately notice the resemblance to MacOS desktop. This is an advantage to MacOS users switching to Linux as they will much comfortable with the desktop and this really eases the process of coping to this change.

The menu is simple and customizable according to user preferences. The operating system is zero intrusive so you can really focus on your work. It comes with a very small number of pre-installed software. So, any new user will not be repulsed by huge bloat. But hey, it’s got everything you need out of the box. For more software, Elementary OS provides a neat AppCenter. It is highly accessible and simple. Everything at one place. You can get all the software you want and perform upgrades in clicks.

A good number of people who come to Linux are looking to revive older computers. With Windows 10, many computers that had decent specs just some years ago have become incompetent. A quick google will suggest you install Linux on such computers. In that way, you can keep them running up to the mark for the near future. Linux Mint Mate is a great Linux distro if you are looking for something to run your older computers. 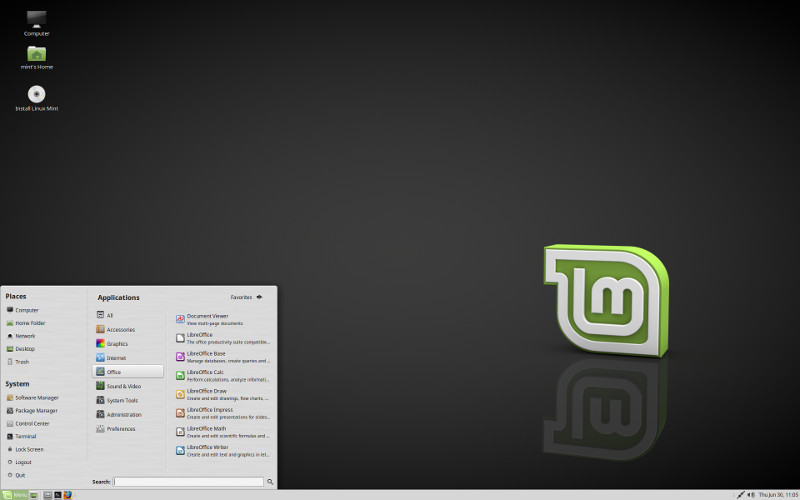 Linux Mint Mate is very light, resource efficient but still a polished distro. It can run smoothly on computers with less muscle power. The desktop environment does not come with bells and jingles. But in no way is it functionally inferior to any other desktop environments. The operating system is non-intrusive and allows you to have a productive computing experience without getting in your way.

Again, the Linux Mint Mate is based on Ubuntu and has the advantage of huge base solid Ubuntu software repository. It comes with a minimum number of necessities pre-installed. Easy driver installation and setting management are made available.

Ok. Any long time Linux user will say guiding a newcomer even in the general direction of Arch Linux is a sin. But hear me out. 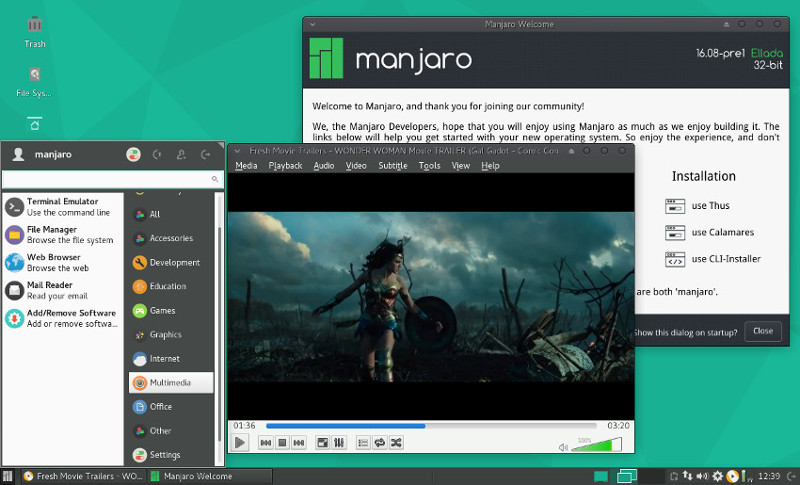 Arch is considered experts-only Linux because of it’s highly complex installation procedure. Manajro and Arch Linux have a common origin. But they differ extensively in everything else.

Manajro Linux has an extremely beginner friendly installation procedure. A lot of things are automated like driver installation using ‘Hardware detection’. Manjaro hugely negates the hardware driver hassles that torments a lot of other Linux distros. And even if you face any issues, Manjaro has an amazing community support.

Manjaro has its own software repository which maintains the latest of software. While providing up to date software to users is a priority, guaranteed stability is not at all compromised. This is one of the prime differences between Arch and Manjaro. Manjaro delays package releases to make sure they are absolutely stable and no regression will be caused. You can also access the Arch User Repository on Manjaro, so anything and everything you need, is always available.

Your choice for the best Linux distro for beginners?

Linux might come with a learning curve, but that’s not something anybody ever regretted. Go ahead get an ISO and check out Linux. If you are already a Linux user, do share this article and help someone fall in love with Linux in this season of love. Cheers. 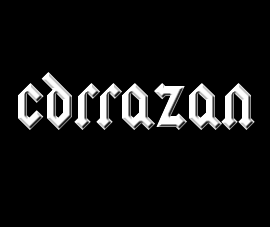